He began playing the violin at the age of 4 and made his debut as a soloist with the Odense Symphony Orchestra at the age of 7, since then he has performed many more concerts.

Stefan is prize winner at numerous competitions, such as first prize at Flame Concours Paris, first and the talent prize at the Øresunds Solist 2019, he also won the Second prize at Bravo in Belgium, he was also a Finalist at the Eugene Ysaye competition in 2019.

In 2019 he was a Prizewinner at the German national competition, Jugend Musiziert where he won first prize. In 2019 he was also awarded the Hermann Abs-Prize the best interpretation of a piece by L. V. Beethoven, where he was invited to play in the Beethoven hall in  Bonn, Germany. The Concert was recorded and broadcasted on german radio by WDR.

In 2017 Stefan was invited to be a part of Danish Radios televised competition Wonderkids, wich he was the winner of.

In 2019 Stefan was invited to participate in a chambermusic masterclass in Kronberg at the Kronberg academy.

He has, as of 2019, been invited to participate monthly at the Young String Academy in Sweden, where he has gotten lessons from a wide variety of teachers, such as, Olivier Charlier, Alf Richard Kraggerud, Helen Weiss and Paul Roczek.

Driven by his passion for music, he continues to work on his abilities both technically and musically. He is current studying at Universität der Künste in Berlin (Bachelor Degree). 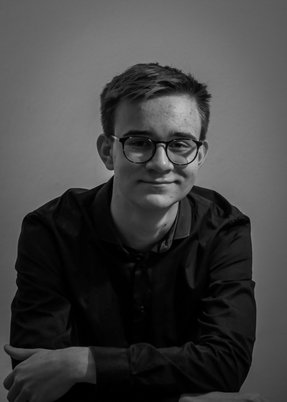